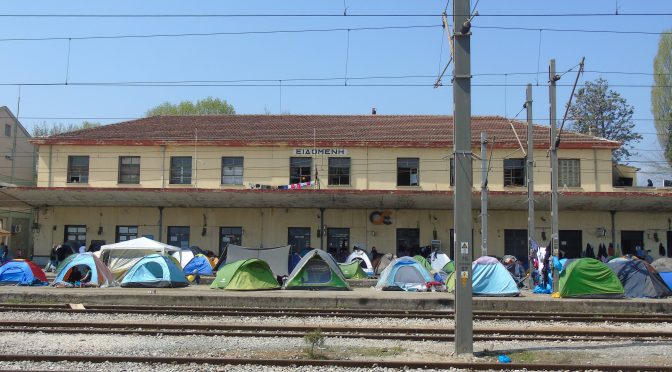 In spring 2016, after the formalized corridor across the Balkans was closed entirely, the informal refugee camp in Idomeni (at the border between the Greece and the Republic of Macedonia) was captured in the media glare for months. The story of Idomeni is, however, much more than the spectacle of a few months of human suffering and humanitarian aid. It started long before and continues until today. In the first chapter, it is described, how, and why, Idomeni became an important site of transit migration, with a growing number of migrants using the Idomeni region to leave Greece clandestinely from as early as 2010. In chapter two, it is shown how the situation in Idomeni changed, when one South-East European government after another implemented formal procedures for transit migrants to pass through their countries. Another turning-point in the history of Idomeni is marked by the gradual closure of the formalized corridor, beginning in November 2015, until the final eviction of Idomeni in May 2016. The strategy of the Greek government, aiming to replace the informall camps and their anarchical humanitarianism by state-controlled camps all over Northern Greece is discussed in the third chapter.